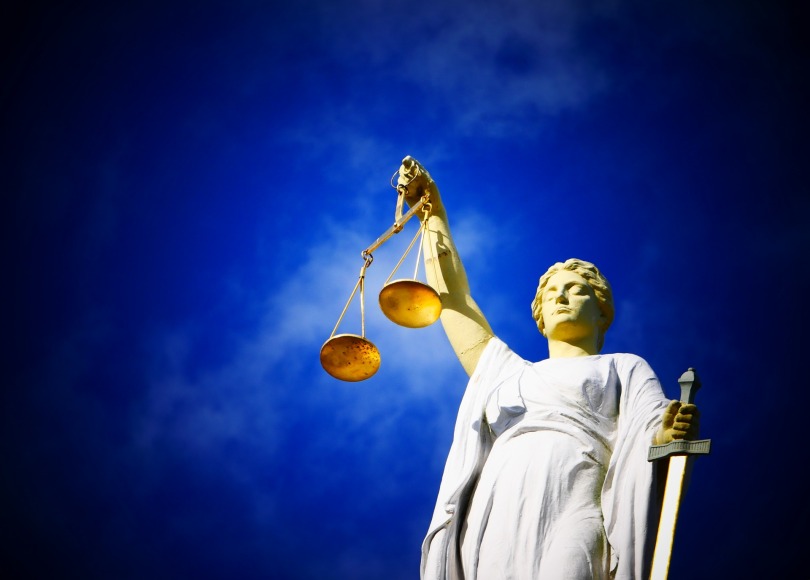 God is love. Isn’t he? That’s what the world tells us. It’s everyone’s favorite attribute of God. Even scripture tells us:

The one who does not love does not know God, because God is love.
1 John 4:8

What does this verse really tell us though? It is extremely tempting to read this verse the wrong way. I mean, who doesn’t love love, right? If God is love and that’s all there is to him, then everything’s right with the world and I don’t have anything else to worry about… But that’s not all there is to God. John is not telling us that love defines God. He’s telling us that God defines love. To reinforce my point, let’s look further into the following scripture:

God’s love was revealed among us in this way: God sent his one and only Son into the world so that we might live through him. Love consists in this: not that we loved God, but that he loved us and sent his Son to be the atoning sacrifice for our sins. Dear friends, if God loved us in this way, we also must love one another. No one has ever seen God. If we love one another, God remains in us and his love is made complete in us. This is how we know that we remain in him and he in us: He has given us of his Spirit. And we have seen and we testify that the Father has sent his Son as the world’s Savior.
1 John 4:9‭-‬14

It’s clear that John is strongly emphasizing the loving characteristics of God in this particular passage. In the six verses following verse 8, he states that the love we have for others is the strongest, perhaps even the only, way that we can know our relationship with God is the real deal. He also places our love for other human beings in its proper context; a natural extension of the love God had shown to us in the first place. Let’s go deeper though. Look at the first and final sentences in the last excerpt. God’s love for us was revealed to us through the sacrifice of “his Son as the world’s Savior.” But wait… Savior? Savior from what? If God is love and God’s love for us was made manifest in that he sent his Son as our Savior, then I’d say it’s pretty important that we understand what Jesus was saving us from. He saved us from his own wrath and righteous judgement. The same author, John, who wrote the above verses also wrote the following:

Then I saw a great white throne and one seated on it. Earth and heaven fled from his presence, and no place was found for them. I also saw the dead, the great and the small, standing before the throne, and books were opened. Another book was opened, which is the book of life, and the dead were judged according to their works by what was written in the books. Then the sea gave up the dead that were in it, and death and Hades gave up the dead that were in them; each one was judged according to their works. Death and Hades were thrown into the lake of fire. This is the second death, the lake of fire. And anyone whose name was not found written in the book of life was thrown into the lake of fire.
Revelation 20:11‭-‬15

You see, God is love! However, he is also holy, righteous, and completely sovereign. God judges sin. He judged it in the past. He’s judging it today. He will judge it tomorrow. Finally, he will make a terminal judgment against all sin that will be final. It is imperative that a Christian’s perception of God align with the reality of his character. Otherwise, how are we supposed to reflect that character to this lost and dying world? I would even argue that it’s impossible to be an actual Christian (a bonafide, born-again follower of Christ) without being keenly aware of this truth. Let me explain.

Scripture clearly describes God as, foremost, holy. One cannot become a Christian without coming to a moment in our life where we become shamefully aware of our gross inferiority to God’s standard of holiness. In this moment we’re laid bare and are confronted with our undeniable shortcomings regarding God’s perfect character as reflected in his Law (which scripture says is written in the hearts of men). We are broken in our inadequacy. But that’s not the end of the story. It’s only upon this realization of our own complete insufficiency and depravity that God’s love is understood in its true form. He sent Jesus, his own Son, to be the recipient of his own righteous judgment against my sins. We can’t become a Christian without accepting his loving gift of salvation through Jesus’s sacrifice. We can’t accept Jesus’s sacrifice until we admit and repent of the difference between God’s standard for our lives and the reality of our lives. God’s love isn’t characterized by an apathy or indifference toward the wickedness and iniquity in my life. It’s defined by his willingness to pay the price for that wickedness and iniquity that his holy righteousness requires.

That is God’s perfect love. God isn’t holy because of his love. His love is perfect because of his holiness. Praise God that he isn’t some single dimensional Care Bear in the sky! Instead he’s the sovereign Creator of the entire universe and the standard for perfection in his creation. Thank God that his love doesn’t define him, but that his holiness defines his love. We are called to share God’s love in this world. But dearly beloved brothers and sisters in Christ, we’re also called to reflect his holiness:

Therefore, with your minds ready for action, be sober-minded and set your hope completely on the grace to be brought to you at the revelation of Jesus Christ. As obedient children, do not be conformed to the desires of your former ignorance. But as the one who called you is holy, you also are to be holy in all your conduct; for it is written, Be holy, because I am holy. If you appeal to the Father who judges impartially according to each one’s work, you are to conduct yourselves in reverence during your time living as strangers. For you know that you were redeemed from your empty way of life inherited from your fathers, not with perishable things like silver or gold, but with the precious blood of Christ, like that of an unblemished and spotless lamb.
1 Peter 1:13‭-‬19

Let us reflect both his holiness and his love in this hopeless and despairing world. We must stand for what is right, but do it in a manner that is winsome. We must take a stand for God’s principles, but never do so in a manner that devalues the individual or group with which we’re interacting. God’s not a wishy-washy love drunk gypsy in the sky. Let us not be wishy-washy Christians; willing to talk about God’s love, but not about why his love matters. Stand boldly. Speak softly. Love strongly.